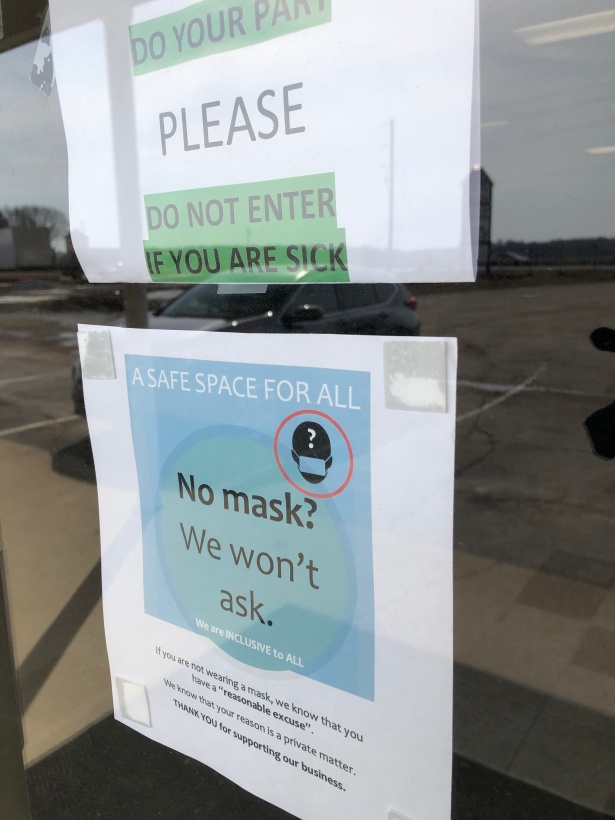 I grew up in a Catholic environment, attending Catholic institutions, though my beliefs never even remotely aligned. My children attended Catholic schools; one for 13 years, the other for nine. Now that we have some separation from it, I’m very relieved. Hypocrisy runs rampant as I see it, and I’m glad not to have to grapple with it any longer.

Yesterday my tenth grader had his last basketball game of the season at his former Catholic school. Just for some backstory: we are still in a global pandemic, and the reason my son asked to leave the Catholic school is that he struggled with the inconsistent nature of the school and the discipline structure.

I remember distinctly in my youth my religion teachers preaching that Catholicism isn’t a buffet where you can pick and choose which rules to live by. As a whole, I was told, you need to embrace the entire religion and all its beliefs. That was laughable to me, even as a kid, because NOBODY but the nuns were that devout. Everyone broke whatever rules suited them. Everyone knew that if you just ask for forgiveness, you’ll be absolved and go about your merry way. So, why go through the sacrifice of living half a life?

Apparently what I found amusing as a kid, is the way the cookie has crumbled around me. While in attendance, we found the guiding light of the faith-based school was akin to laser lights bouncing off of mirrors. Some were red, blue, green, or yellow. Some were strobes, and some were consistent. They created an impossible path to follow or even to try and dance around like a burglar sneaking in to steal priceless art from a museum.

The rules did not seem to apply to everyone. Some were handed severe consequences, while others were allowed to skate by. I was sent messages from the dean that if my boys didn’t get haircuts, they’d be held in the office, the education I paid for, withheld as punishment for a shaggy do. We didn’t ever test the threat, because we knew that’s what we signed up for by sending in those checks. I’d take the boys in for haircuts as soon as it was possible. Then, I’d ask my kids “Did so-and-so get a haircut?” The answer would be no. And those other out-of-uniform-violators would still be in class.

It gave my kids a really uneasy feeling because the boundaries were unclear. How come some people were allowed to get away with something, and they were not? How come some of the parents took the threats seriously, while others did not? Why did I have to be that parent that took the warnings seriously? I was trying to teach my kids that we knew the rules when we signed up. So, of course we would follow them and heed the threat.

The first question we asked when visiting a public school to transfer our youngest to was “how consistent is your rule policy?” The Vice Principal explained the discipline structure and indicated that “this is high school, kids will push the boundaries. It’s our job to keep them in line.” My husband and I looked at each other with relief.

So, fast forward a year and a half. We return to the Catholic school for a basketball game during a global pandemic. Sure, it’s got a 98% recovery rate. By deduction that means that 2% of people are not surviving. And as a pro-life religion, I would have expected the disciples of Catholicism to take community health a little more seriously.

I was first surprised to see that half of the bleachers were roped off, not allowing attendees to sit there. All of the spectators were crammed into one, albeit large, section of rickety old bleachers. That made no sense to me, I didn’t see it as being strategic about social distancing at all. Their logic was that nobody should sit behind the players as to “protect the players.” Oh, okay.

Are you going to be surprised when I tell you that for the first time all season, I saw little pockets of people with no masks on at all? Not even dangling off an ear or keeping their double chins warm? They were carrying on and socializing like it was 1999. I was appalled. These “Catholics” passed the “masks required” signs on their way into the gym and again, picked and chose what rules to follow, gorging on their favorite dishes in that buffet of life.

I went to an appliance store not too long ago that had a sign on the door basically stating that they don’t care if you wear a mask or not. And the sales people did NOT have masks on when I walked in. Non-medical people are making medical decisions based on their misguided feelings and misinformation. Mental elasticity is not a given for many people, and this pandemic has made that abundantly clear. We’ve had to learn about COVID-19 in real time. So, guidelines have changed as scientists have discovered more. Perhaps the most ironic of all the hypocrisy to me is that people who claim to be devout in their blind faith to an invisible god, can’t tolerate facts and information that would help save more of the lives that they claim to be so fiercely adamant about protecting.

Virus is not a deity. It does not need you to “believe” in it to sicken people or take lives. Masks are not a deity. They also do not require you to have “fatih” in them in order to function. They just need to be put on your face.