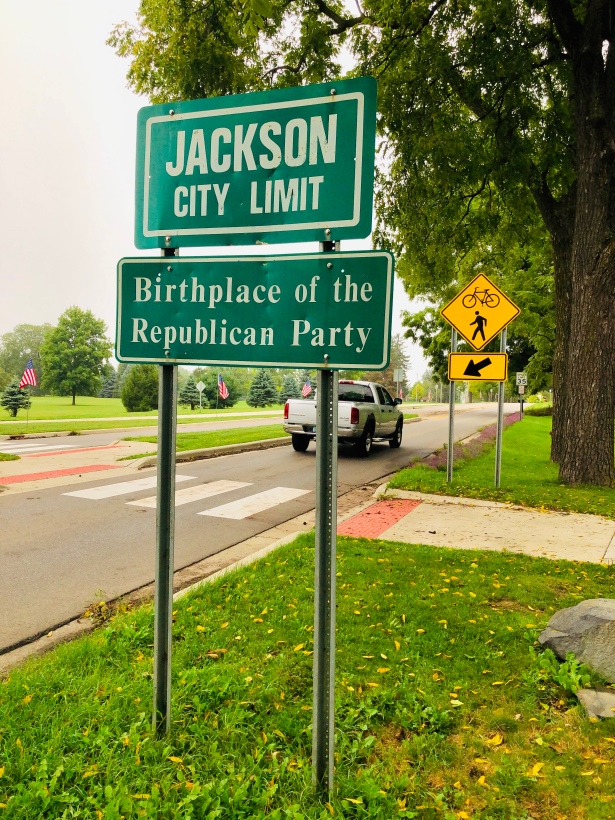 When I bought my house three years ago, the realtor was sharing how many people were opting to move closer to the trail system in our town. Falling Waters Trail (FWT) is a paved and flat trail that connects to the MLK Equity Trail so that you can ride from Jackson to Concord.

From where I live, I ride through my city neighborhood to Sparks Park to pick up a new, smooth connection to the trail. Once on the trail, well, that’s the inspiration for this blog post. I’d like to write a “buyer beware” column for anyone not from the area. On paper, or in theory, this sounds lovely and quaint.

Bumpy Ride: Once I connect to the trail, I’m on the MLK Equity Trail, FKA Intercity Bike Trail. I take that toward the Falling Waters Trail. Riding on that is like driving on US-23 in Michigan near the Ohio border. It feels like your brain might be jostled within your skull. A helmet will not help. There are so many cracks and fissures in the tar. Once I get onto the Falling Waters Trail, the cracks are further apart, but there are some bike flipping (or ankle spraining, if you’re a runner) dips that are marked with orange paint. I’ll be curious to see if they are ever addressed- or if they’re just marked as indefinite hazards.

Trail Hogs: Most people on the trails are friendly. I warn people with a bell and an announcement that I’m coming up from behind on their left. (Which is recommended in the trail rules and courtesies.) Walkers wave, say “good morning” and the skittish jump to the side. (Honestly, that’s me when I’m walking because that’s the way I’m wired.) Usually when people are biking or walking together, they’ll get behind one another to make room (Also in the trail rules and courtesies.) Occasionally, however, there are those who see me coming, and while walking three side by side with a dog, will not budge or say hello or pause their conversation. Fine, whatevs.

Sparks Foundation County Park Stinks: Literally. Like I mentioned, I have to cruise through the park to pick up the trail. Again, in theory it ought to be lovely. The park is home to the Cascade Falls which is an illuminated, man-made waterfall and there are only like seven of these things in the world. So, that’s cool. Across the road from that is a swamp? Or some kind of pond? It’s covered in algae or moss or some scientific things. And it smells. But, it’s water. So dozens of Canadian Geese couples stop by to have dozens of babies and they crap ALL. OVER. THE. PARK.

In some new portions of the trail, fancy light up crosswalk signs have been installed. The biker/pedestrian can hit a button and the crosswalk lights up and flashes so oncoming traffic can see that they ought to stop. It doesn’t always work. Trust me. I also think this is a bad idea. Locals should just be aware that someone might be crossing at any time. Because the crosswalk is there. 24/7. Dependence on a lighting system will dull the driver’s sense at other cross walks. This just isn’t a pedestrian friendly town.

By the time I’m wrapping up my ride, I’m usually annoyed. As I cruise toward home, back in the city, drivers have their car noses well past the crosswalk intersections. I’ve likely come across trail hogs and dealt with jostling bumpy conditions. I’m always thankful to make it home safely.

Sure, it is always best to have such an option to ride, rollerblade, walk, run, or skateboard where motorized vehicles are not allowed. That does eliminate a lot of risk. I’ve had a few friends get hit by cars while biking or running on the open roads. And certainly our roads are pothole ridden, so finding a semi-smooth alternative is fantastic. But, I want to be sure that those opting to move here and cite the trails as a reason are aware of the reality of the situation.

FWT was listed as a top ten bike trail in Michigan on Trip Advisor. For enthusiasts making the rounds by bike, they’ve likely seen better and worse trails than ours. And that’s okay. Diva, me, however will hold out hope that there might be a day that a bike ride on a trail won’t involve so much aggravation.