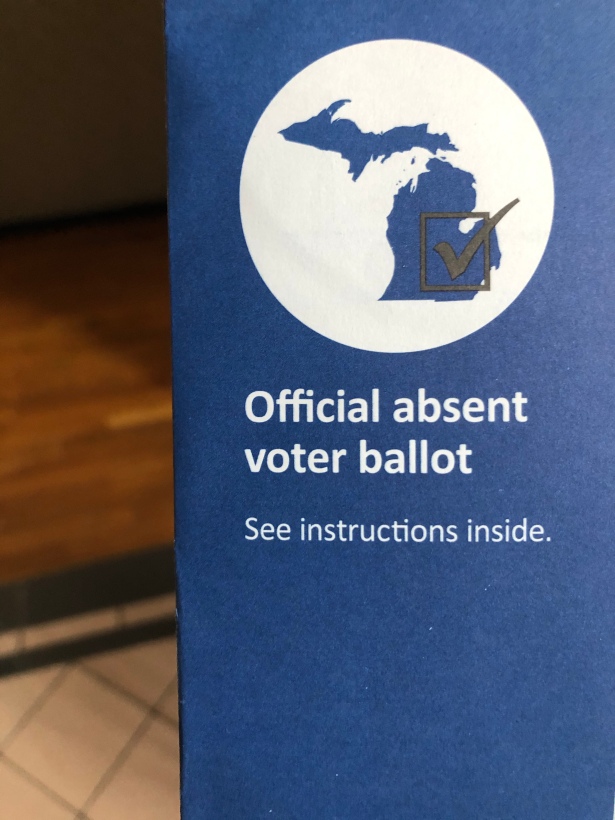 I am surprised by people who are Trump (Chump) supporters. They seem like reasonable, smart, and considerate people. So, it confounds me that they would put those qualities aside to support the most reckless presidency. Of course there are the garish supporters with “F**k your feelings” bumper stickers and confederate flags flying. Hateful Chump supporters are not confusing. Loving ones are.

My mother was appalled and disgusted in the 90s when Bill Clinton lied to the American people about a blow job he received from an intern. The then president was impeached because the nation was shocked and awed by such lewd behavior.

Fast forward to the current administration and the Kavanaugh hearings. My mother told me she was worried about her grandsons because they might get accused of something. “It’s your granddaughter you should be worried about” I suggested.

Both sets of my children’s grandparents plan to vote for Prezzy Chump again. I struggle to reconcile this. Aside from his supposed pro life stance, both have cited Joe Biden’s difficulty with speaking as a reason not to vote for him. (Which is remarkably ironic.) They also agree that they appreciate the Chump policies, even if they don’t always like his approach. Sounds like they’re both regurgitating Fox News.

I find it revolting that good people can look away as they cast a ballot for a misogynistic, racist, treasonous, and lawless human in order to justify a tax break and an on-paper pro life stance. (Does anyone actually believe that among other deviant acts he’s had to pay to cover up, that an abortion isn’t one of them?)

Let’s break this down. We all remember the infamous “grab them by the pussy” comment by the current leader of the free world, right? His numerous marriages, affairs, creepy comments about his own daughter ought to send a signal that this is not a role model for your young men and women. Men shouldn’t act this way and women should not tolerate this type of perversion. I do not accept a normalization of this terrible behavior. Nor should anyone else. Particularly those with daughters or granddaughters.

As the granddaughter of immigrants who escaped the U.S.S.R. it certainly boggles the mind as to how anyone in similar circumstances could vote for Chump. He is chummy with Putin who has his sights on making the Baltic States Russian protectorates. Putin is ready to move because he doesn’t expect the U.S. to make a stink.

Hmmm… I’m not sure which racist example to cite. I like a president who represents ALL the people. That’s why a certain element of the trumpian dreaded “political correctness” is necessary. A president shouldn’t neglect one group of citizens to favor another group. Nor should he sit silent while people in our country are oppressed.

Within the first ten days post election, so, before even in office, there were hundreds of hate incidents reported. Nearly half of them involved the mention of newly elected Chump. These incidents continue without reprimand of our leader. He largely ignores the issue. And as we’ve seen at his rallies, rather perpetuates them.

Let’s not laud Chump a hero for finally donning a mask four months after Michigan shut down and after silently allowing a rabid population of the nation fester with the notion that masks are an infringement of some imaginary rights. Chump shows little concern for our health as a pandemic goes unchecked in our nation.

Why is the pandemic unchecked? Well, for one, Chump believes in magic and announced that it would just go away. This was his approach. He has bullied governors into keeping the economy going even though it’s not safe for citizens. He has cut the nose off of the CDC and all but silenced Dr. Fauci by not allowing him air time and spreading malicious rumors about him. He just doesn’t seem too concerned about Americans. It’s all about that bottom line.

Well, it’s that bottom line that the grandparents have cited as a reason to vote for Chump again. Ultimately, this puts everything into question. Every value I’ve been taught to uphold, now doesn’t add up because of this vote. It seems the Chump voters have been bought.

Either they (and others) recognize that Trump is a conman who is having William Barr dismantle the department of justice at his behest so that he can continue to get away with his crimes – they see his treasonous deals with other frightening world leaders – they don’t mind his absolute neglect of care during a global pandemic – and they still choose him.

They don’t actually know of what he has done to mar the reputation of this nation because they don’t watch real news. They watch propaganda. They reject facts. And they’re unwilling to learn.

Either way, I can’t seem to find peace knowing that people have adopted one of these belief systems or a combination thereof and refuse to budge.

As a Chump voter:

You’re either a racist, or giving the green light for racism to continue.

You’re either sexist, or allowing sexism to continue.

You either don’t care about our troops, or you’re simply willing to allow bounties on their heads in Afghanistan.

You have little value for the living.

Those voting for Chump have doubled down on a hideous wager.

These voters are on the “wrong side” of history. I don’t see how Chump could ever right his wrongs. There is no absolution here. And a vote for him should keep the voters up at night, as this shameful presidency has cost hours of sleeplessness for those who genuinely care about humanity.

I used to wear a tee in high school that said “Communism kills… Won’t get fooled again.” I’d like to borrow that concept for this next election.