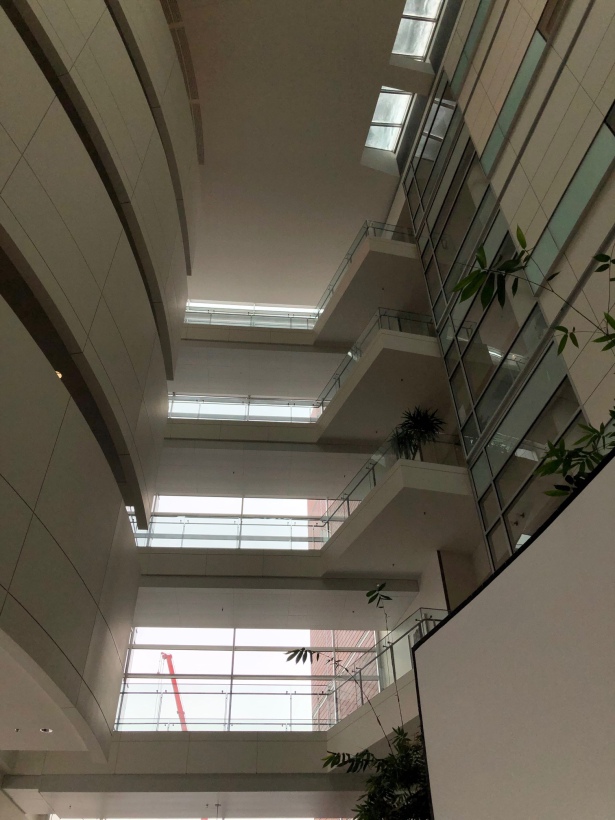 It’s the coldest day of November. We just had record setting snowfall. Unusual for this time of year. I’m working temporarily at a prestigious university. It’s a big one. And my car is about a 7 minute walk from the building. So, this morning, as it was so cold, I contemplated wearing a hat for my brisk walk in.

I decided not to wear it. I had a couple of photo shoots scheduled, and I wanted to remain professional and presentable. I didn’t want to show up for these appointments disheveled with hat hair.

When it came time to prepare for my appointments, I carefully packed my equipment. Put on my snow boots and boarded the correct bus to take me to a different building on another part of campus. I’ve been at this job for three weeks now. I’m surrounded by acronyms. Everything is called in code letters. I know what they mean if I pause and think about it for a moment… At least I thought I did.

I was headed to BSRB on the bus. There was a huge traffic clog at the hospital, and I started to panic that I wouldn’t have enough time to set up the soft-box and test my flash settings before my first subject showed up. When I arrived, I found that my photographing area was taken up by a stage. Clearly, someone was prepared for an event in “my” space. I shrugged my shoulders and found a little spot to set up with just enough time to test my settings.

15 minutes after the appointment time, I called my subject. He hadn’t shown up. He was in his office. In NCRC. The building I work in. The one I never needed to leave. I quickly took apart my gear, repacked it and boarded a bus back to my original building.

I made it back there with 10 minutes to spare before my second subject’s appointment. But I was completely doubting myself, so I hurried to my desk and reread old emails because I was unsure of where I had promised #2 that I would meet him.

As it was, he showed up to NCRC, where I was. While we were chatting I found out that he actually works in BSRB. He came over to NCRC and didn’t actually have to. I could have met him at his own building.

Let’s just say, everything turned out okay. I wasted my own time and my subjects’ time. Which I don’t like to do. I thrive on efficiency. It’s World Kindness day. I’m grateful that my two subjects were gracious and kind to my folly. They could have made me feel a lot worse. I owned my error and apologized profusely.

I got back to my desk after everything was salvaged as best it could be. I laughed to my mentor and vowed never to make that mistake again. She said, “at least you’re able to laugh about it.” I replied, “when I don’t laugh about it, I feel nauseated. It’s better to laugh.”

An hour later, it was time to go home. I walked back to my car, and there on the driver’s seat was my hat. I felt like it was mocking me for not wanting to appear unprofessional by wearing it and mussing my hair. The joke was most certainly on me.